Instinctively as humans, its natural to think in symmetry when composing a photograph. The most obvious thing for us to do is to try and divide things evenly. The temptation is to put your subjects face in the middle of the frame – or put the horizon in the middle of the photo.

In formal composition, we can create much more interest by understanding the rule of thirds.

The rule of thirds is actually a fairly simple concept. On its most simple level, it means dividing your canvas (or composition area) into 3 parts. Henri Cartier-Bresson was a master of the classical photojournalist tradition and quite often used conventional composition methods to a great deal of effectiveness. Notice in this composition, there are 3 clear parts that make up the composition – the 2 groups of priests and the 1 woman in the back walking. 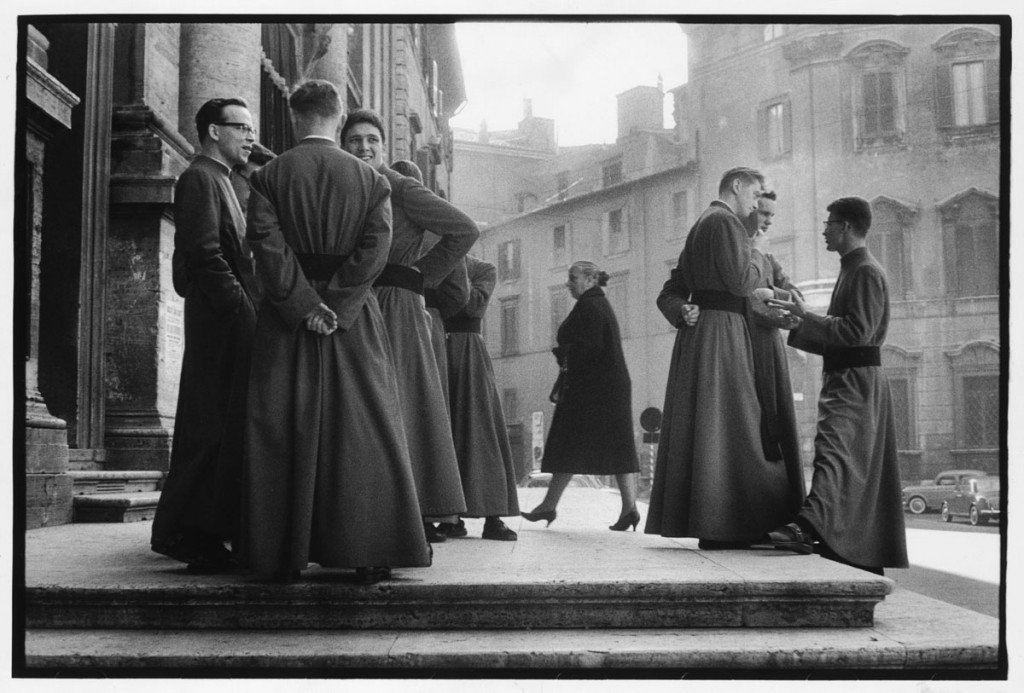 The Rule of Thirds can be taken a step further, but dividing the canvas both vertically and horizontally by thirds. When this is done, we have 4 points of intersection that are used as points of interest. 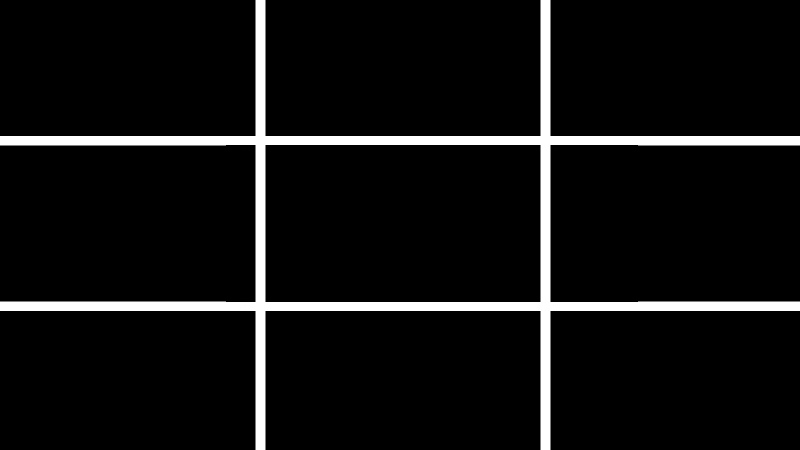 Placing compositional elements on or near these points of interest can add emphasis to these elements and balance the composition nicely. Again – two images by Cartier-Bresson: 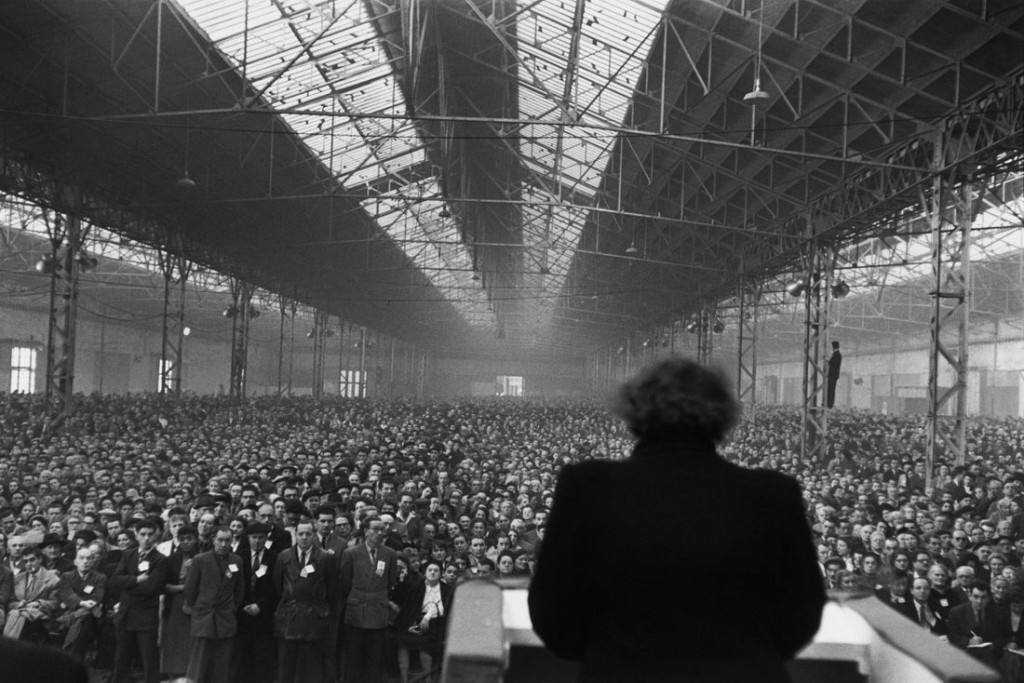 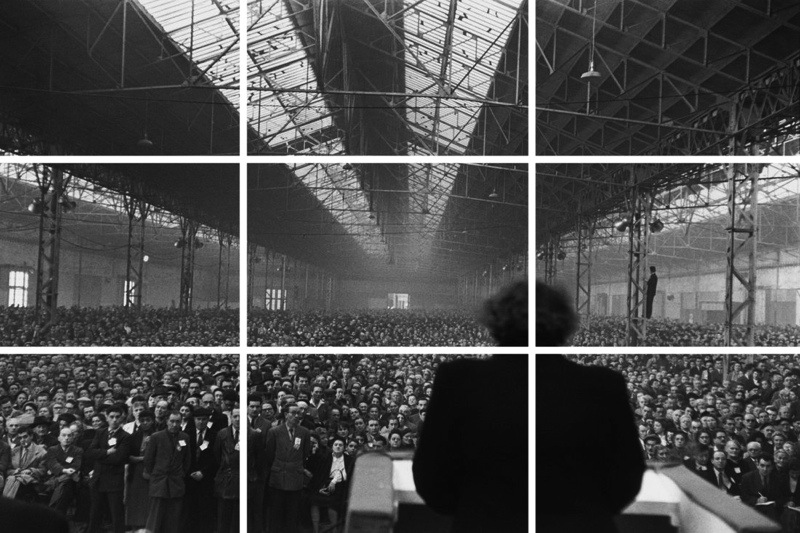 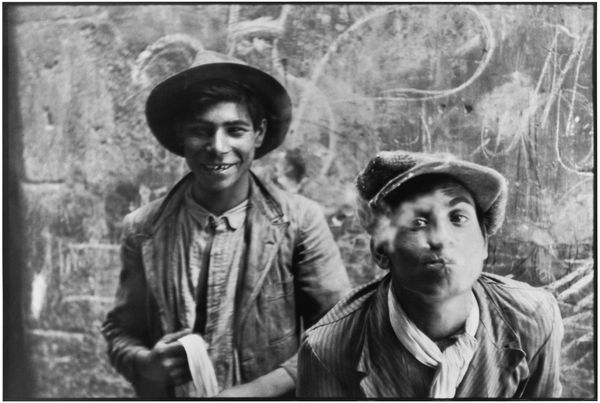 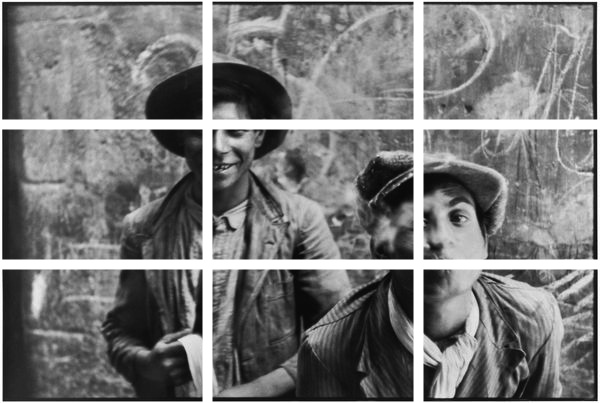 ← Shoot in the dark
See shapes →